In Potiche, it’s 1977 and women’s liberation is in the air but Suzanne (Catherine Deneuve) is still the self-effacing, elegant housewife of wealthy industrialist Robert Pujol (Fabrice Luchini). Pujol oversees his umbrella factory with an iron fist and is equally tyrannical with his children and & trophy housewife; When the workers go on strike and take Robert hostage, Suzanne steps in to manage the factory. To everyone’s surprise, she proves herself a competent and assertive woman of action. Her new role throws her back in touch with union leader Gerard Depardieu, a romantic fling from the past that still has sparks. When Robert returns from a restful cruise looking to reassert himself, things get complicated. Directed with superb style by François Ozon (“Swimming Pool”) and based on the popular 1970’s French stage play by Pierre Barillet and Jean-Pierre Gredy (Cactus Flower).

"Delightfully empowering and relevant, Deneuve gets her best role in years, and she plays it to the hilt."

"With a frothy, sophisticated, quick-witted script, Mr. Ozon’s film follows in the tradition of the American screwball comedies of the 1940s. And the transformation of Suzanne …is a joy to behold in one of the most finely tuned, raciest and most gripping performances of Ms. Deneuve’s career."

"A tremendously elegant piece of fun…" 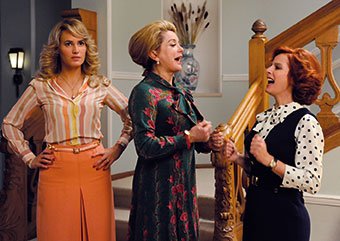 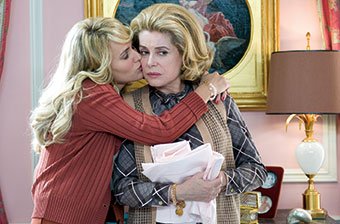 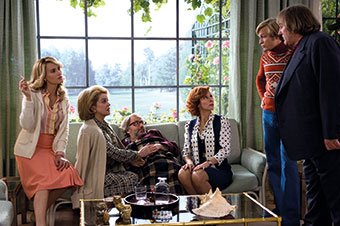 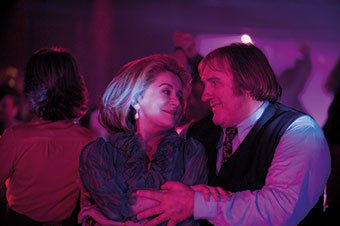