Marina Abramovic: The Artist is Present

Seductive, fearless, and outrageous, Marina Abramovic has been redefining what art is for nearly forty years. Using her own body as a vehicle, pushing herself beyond her physical and mental limits––and at times risking her life in the process––she creates performances that challenge, shock, and move us. Through her and with her, boundaries are crossed, consciousness expanded, and art as we know it is reborn. She is, quite simply, one of the most compelling artists of our time.

“Easily the best documentary of the Sundance Film Festival, it's also an early contender for best doc of 2012.”

“Breathtaking...Extraordinary. The movie’s power as a potent secondhand art high is damned near peerless.”

“A moving and masterfully constructed exploration of what makes art—or anything else—worth doing in the first place.”

The Audience Completes the Work 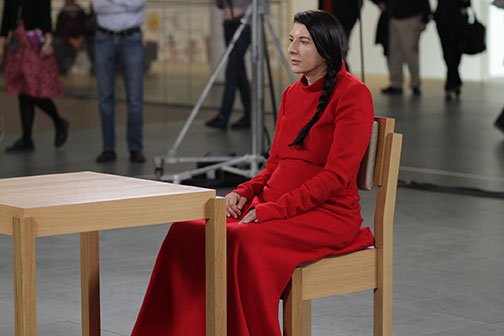